“Under stress, you have got to have skill… Situational awareness is the single most important skill.” –Ken Hackathorn 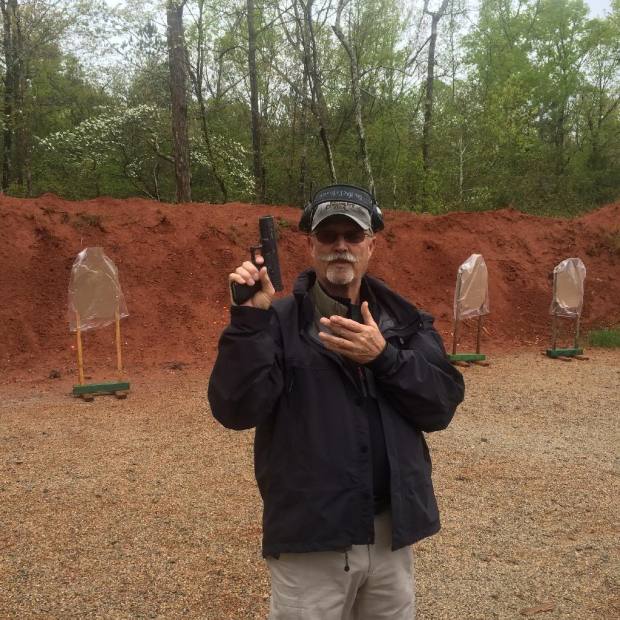 Eighteen shooters turned out for a rainy Saturday and beautiful Sunday of shooting with one of the foremost instructors in the business. Participants came from at least three states, and the class was a mix of private citizens, federal agents, and the Sheriff of a Georgia county. 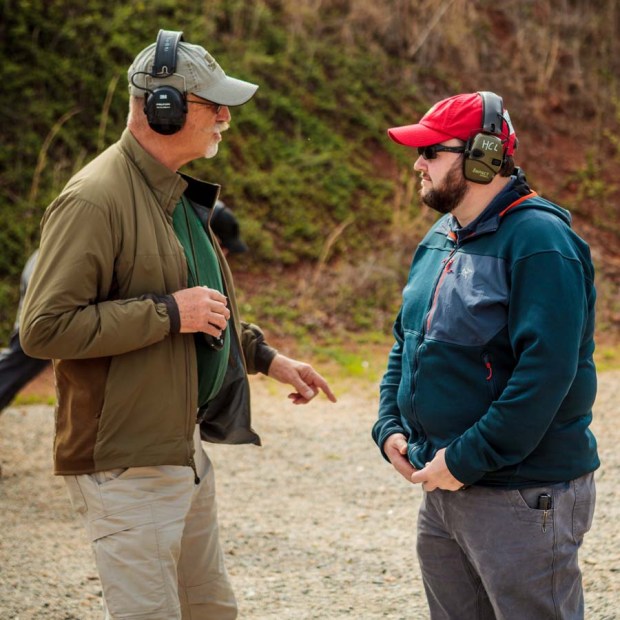 We then moved on to the live fire portion of the class and did some basic shooting and assessment drills so that he could see where we all were as shooters. The drills were pass/fail drills shot against a standard. We shot these as a mix of individual competition and the entire class shooting the drills altogether. We also shot some pivot/turn drills as well as some reloading drills. After a supper break, we had a low light session.

Sunday was a full day of shooting. The focus was primarily on shooting while moving. Added to that was some strong-hand-only and support-hand-only work.

Of note, we shot some point shooting drills. One of these drills involved a lot of movement and with our sights taped over. We then shot the same drill using sights. The evolution in which the sights were used had better results. Imagine that; that little bumpy thing on the muzzle end is actually there for something…. might as well use it. (Note: that is a poke at people that say you don’t need your sights inside certain distances. It is not a poke at the drill or the instructor.)

As for what he was packing, Mr. Hackathorn was toting a Hackathorn Signature Series 1911 from Wilson Combat. There was quite a bit of friendly banter back and forth on this issue as he is an unabashed fan of the 1911 platform. 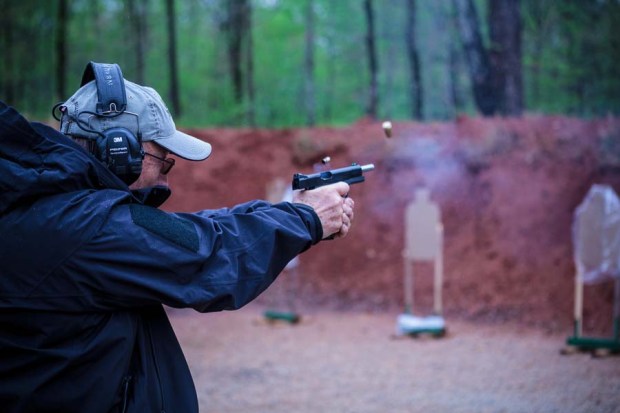 I enjoyed the opportunity to spend a couple of days with someone as venerated as Ken Hackathorn. I particularly enjoyed the back and forth banter and all of the historical insights. 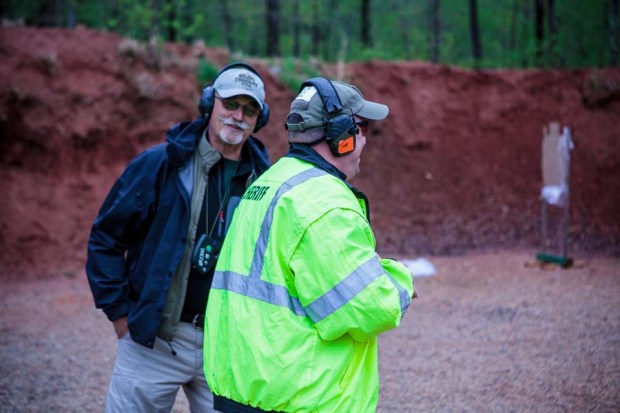 And now for a bonus science lesson: 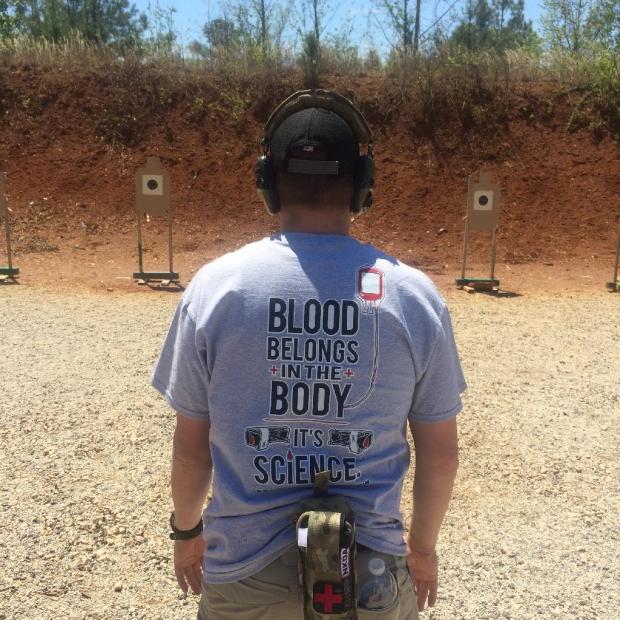