“You don’t have time to miss.”

I could stop right there and sum up the essential lesson from the class, but that wouldn’t make for much of an adventure through the blogosphere.

Tom Givens of Rangemaster brought his Combative Pistol I class to my proverbial backyard. He was assisted by John Hearne, Jeremy Younger, and the lovely and gracious Mrs. Lynn Givens. There were 24 students in the class, including one who came all the way to Georgia from Pennsylvania only to be topped by another student who came all the way from New Mexico. The class was a mixture of private citizens and peace officers.

Due to logistics, we did all of the classroom work on the first morning of the class. The classroom portion consisted of a safety briefing followed by discussions of several real world incidents and the lessons learned from them. We then moved on to a discussion of basic techniques. 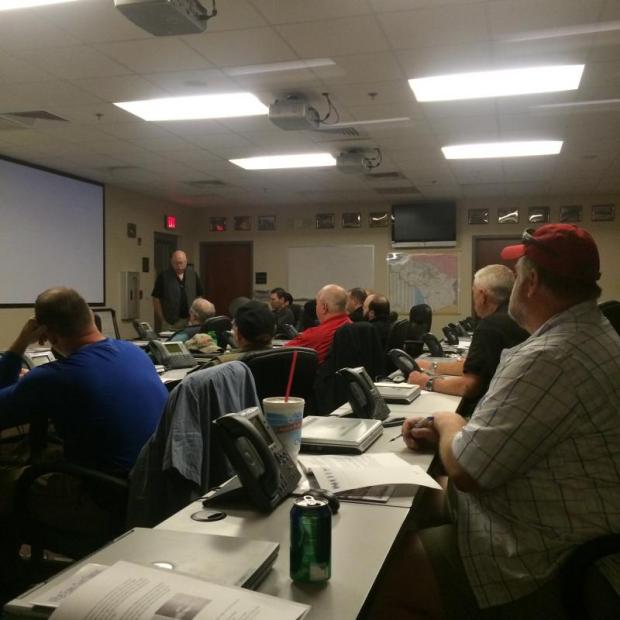 After lunch, we convoyed to the range and began the shooting portion of the class. We began with warm-ups and then moved into drills all designed around specific teaching points.

Day two consisted completely of shooting drills, and other than the initial warm-up, everything was shot from concealment.

Rather than going into the specifics of each and every drill, I’ll simply say that each drill had a specific purpose, they built upon one another, and they gave the students a structured way to practice in their own range sessions. We also shot several scored tests to assess our skills and our progression, and there were several drills where we shot on our own against the clock with everyone watching to kick up the stress factor.

Now I can move to the most important part of the class review:

The firearms training community is full of devotees to schools of thought who are not bashful about espousing their particular chosen sacred cow and then dogmatically defending it. Tom did a very good job of explaining why he teaches what he teaches, and he also explained many of the other schools of thought often including their origins and how they have been misinterpreted over the years. The focus was on efficiency and precision rather than such things as a Weaver versus Isosceles or  caliber debates. The pace was quick with students either shooting or loading magazines with no downtime other than a few short breaks, and the discussions were all brief and on point with the lesson at hand. 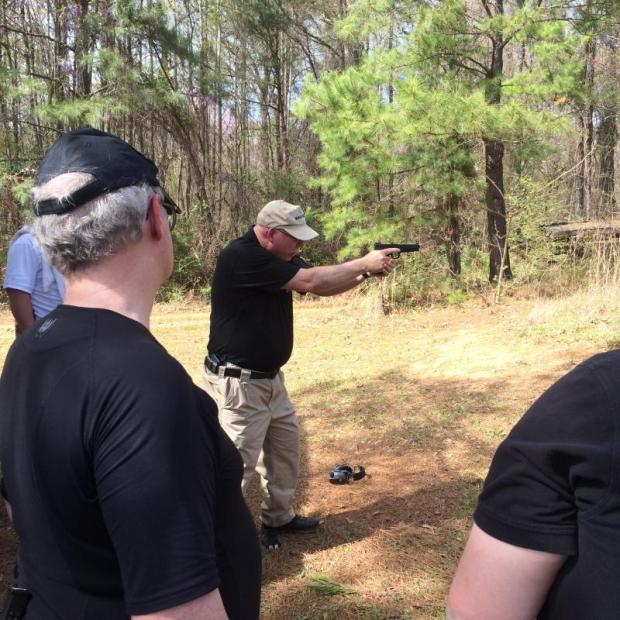 I’ve been in a lot of classrooms over the years between my academic pursuits and professional training, and Tom is absolutely one of the top teachers I have experienced. His lessons are more than proven. Over 60 of his students have successfully defended themselves in violent encounters. The very, very few that have lost failed to have a firearm with them when they needed it.

Below are my results on two of the tests: