This was my third formal class with Erik Lund having previously taken his Dynamic Fighting Rifle and Performance Shotgun courses.  Erik was assisted in this class by Tod Lit.

The class consisted of 11 students and began in the mid-afternoon and went well into the evening.  We began by practicing various handheld flashlight techniques in conjunction with our pistols.  We then practiced handheld light techniques with our rifles.  All of this was done while we still had daylight so that we could focus on the techniques. 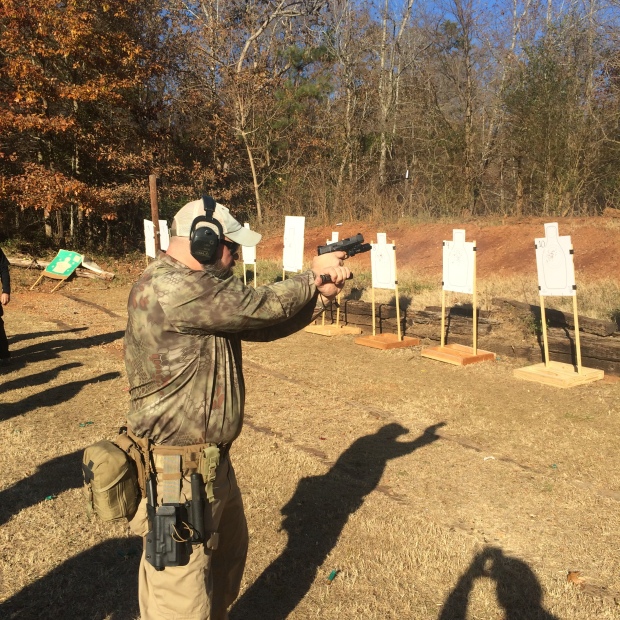 Erik demonstrating the Harries Technique with a pistol 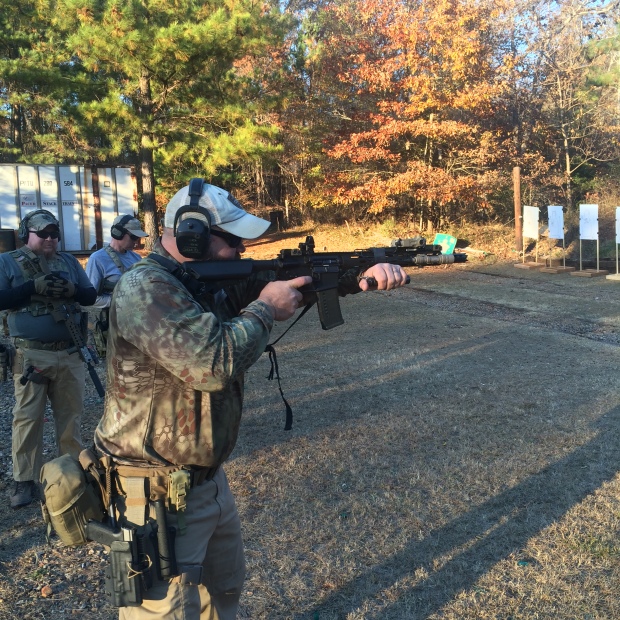 Erik demonstrating the Harries Technique with a rifle

Of note, Erik recommends having some sort of retention device on a handheld light to aid in weapon manipulations.  He personally used a lanyard and would simply drop the light, perform a reload or malfunction clearance and then retrieve his light.  Another option demonstrated by Tod Lit was a light with a ring on it.  I didn’t have any such devices; so, I put my light back in the holder on my belt during manipulations initially, but later in the class I switched to stowing it under my arm.

After we had practiced the techniques, we broke for dinner and then had a lengthy discussion on different low light technologies available including lasers, night vision and thermal.  The discussion included demonstrations of all of these technologies.  Some of this stuff is a language all of its own, especially for a guy that still runs iron sights on his rifles.

The author and Erik Lund

After the demonstrations were concluded, we moved back into a live fire segment using the same progression as in the beginning of the class.  After each of the handheld light techniques were used under live fire, we were allowed to begin using our weapon mounted lights.

The final live fire portions of the class involved shooting at 50 yards first to see how accurately we could place shots.  Then we ran a few evolutions in which we had to negotiate a barricade and hit partially obscured targets.  It is important to note that seeing the targets and making the shots was not difficult at all.  However, and this is a key point, true target identification at that distance was difficult.  Had the drills been judgement drills, I wouldn’t have taken the shots as I couldn’t definitively determine that they were “hostile” targets. 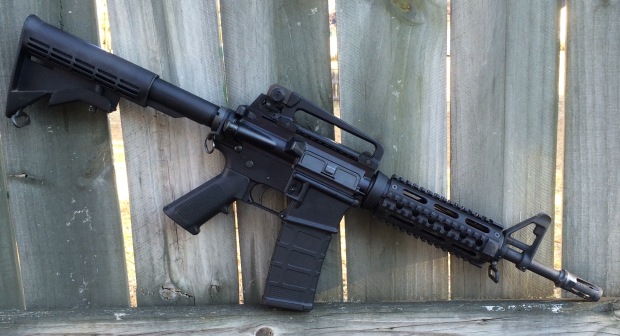 I shot my issued shorty Colt M4LE carbine.  It is equipped with a YHM-9670 handguard.  I received and installed the handguard earlier this week.  I recently met the owners of YHM thanks to my friends at Sight Picture Media.  I like the feel and profile of the product and think it is a good addition to my carbine.   My lights were provided by Jamie Wiedeman of Surefire.  On my rifle was an older Surefire Scout light, and for my handheld, I tried two different versions of the Surefire Peacekeeper (dual output and the tactical).  I’ve been running the Scout light for several years, and it has been on more than one bad guy hunt.  This was the maiden voyage for the Peacekeeper lights.  I preferred the dual output light due to the “click on, click off” tail cap switch.  With the tactical version, my thumb came off the switch a couple of times during recoil; thus, the light turned off.  The tail caps can be switched, and I will play around with the clickable switch on the tactical version.  Thanks to Jamie for setting me up with the lights.  It was “almost like cheating.” 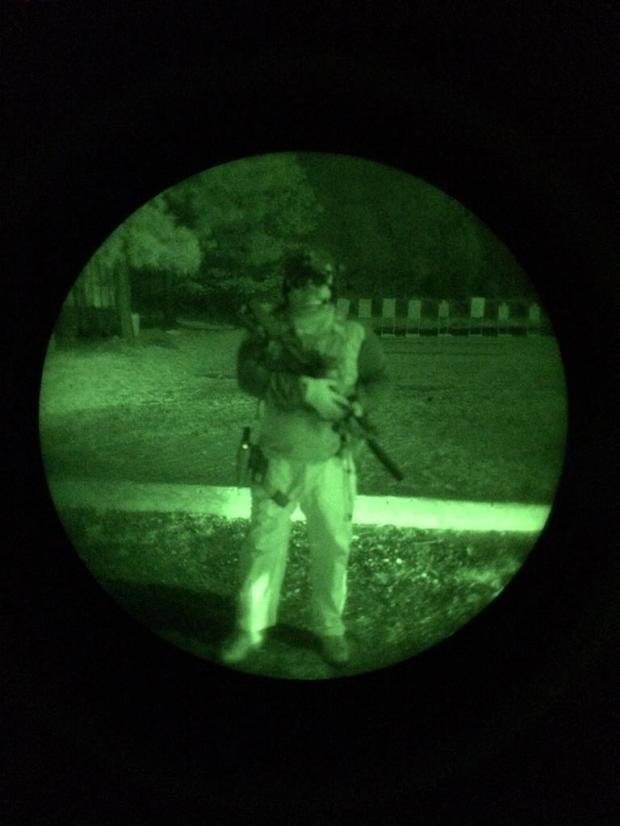 Thanks to this guy for the night vision pictures.